Summer 2013. A crystal clear double rainbow has showed up downtown Boston. Like everybody, I have seen lots of rainbows but these two brought something extra. I guess it was "in the air". Because everybody whipped out the cameras that moment. And I mean everybody. Last but not least, later I received an very enthusiastic mail from a resident of the city of Boston who mentioned that same double rainbow again. Enough inspiration to create this bright colorful painting. And to show how the appearance of a city like Boston can change in a split second. Actually, isn't this painting almost a metaphor for our accelerating time? 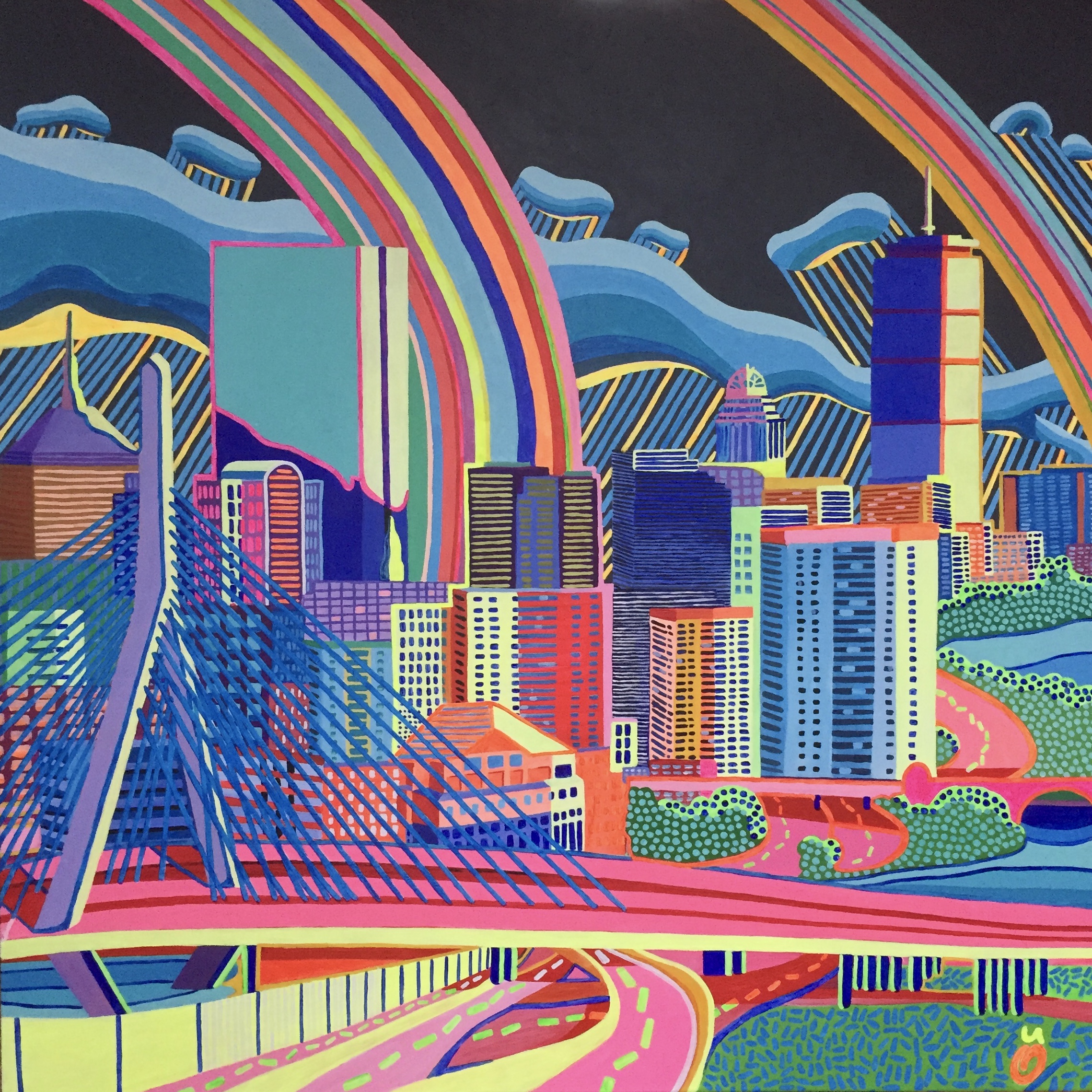